One of the most popular (fine, the only) question I’ve been emailed since starting this site up goes a little something like this: I’m going to see ____ University/College/State play this weekend and I was wondering if there was anybody with a professional future that would be worth watching. The College Team Profiles are designed to preemptively answer any and all questions about the prospects from a particular college team…or maybe just open up a whole new set of questions, we’ll see. The next three draft classes for one particular school are featured, with the players ranked in order (great to less great) within each class.

As always, whether you agree, disagree, or think I’m a dope who should leave this sort of stuff to the experts (thanks, Mom)…let’s hear it via email (thebaseballdraftreport@gmail.com) or in the comments section. 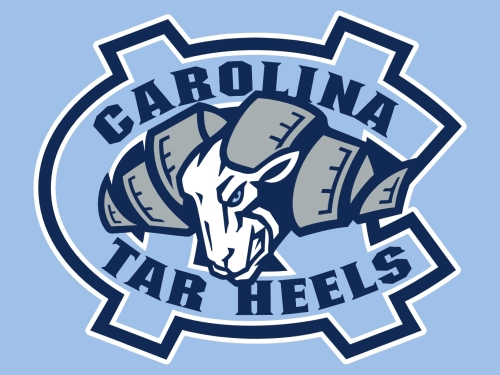 White’s sinking 2-seam fastball regularly registers in the low 90s. White’s straight but heavy 4-seam fastball comes in faster, as he is able to pump it up into the mid-90s. He fits in with many of the other players on this list because he partners up that fastball with the occasionally slurvy slider that is a true weapon. The slider sits in the low 80s and works best when it bears in on the hands of lefthanded hitters. White also throws a very good splitter that helps him get both swings and misses and plenty of ground balls. There isn’t a whole lot to find fault in with his actual stuff and he has top of the rotation potential assuming good health.

Ackley is one of my favorite players in this or any draft because, even though there are a lot of players that you can compare him to, in the end he is still, somehow, someway, a really unique prospect. What position will he play? Where will he fit best in a lineup? Will the power develop? How’s his arm holding up post-Tommy John surgery? How much of his prospect value is tied into the answers of these questions? Maybe his skillset isn’t all that unique (there are plenty of examples of high average, good plate discipline, questionable power bats in this draft), but he certainly offers a weird blend of talents for a guy expected to go so high.

Batting stance is reminiscent of Chase Utley’s, but comparing a player not likely to even go in the first round with a top ten big league position player isn’t fair to anybody; instead, Seager reminds me a little bit of a better version of former ASU shortstop and current Phillies prospect Jason Donald – Seager is the better hitter, but Donald had the defensive edge; Seager’s well-rounded game (great plate discipline, slightly above-average power, good baserunner, high contact rate) make him a personal favorite of mine and as good a bet as any college hitter to settle in to a long career as a league average (at least) big leaguer

Draft-eligible redshirt sophomore who “pitches with a piece of his removed rib in his back pocket”…really; “underwent thoracic outlet decompression surgery due to a blood clot in his right shoulder in November 2006” but has since shown good health; experience playing in Cape Cod League a plus; a little bit like the righthanded version of Brian Moran, a swingman-type who may be even better as a pro than as a college pitcher

Good size (6-6, 220) and strikeout stuff will take him far; fried bologna sandwich is listed as one of his favorite foods; will be difficult to gauge how receptive he’ll be to signing a pro contract as a draft-eligible sophomore at a school with a strong rep for developing good pitching and two weekend rotation spots open come 2010

BJ Suroff’s nephew has a fastball that sits mid-80s, topping out at 88; slider is improving and change is an average pitch; plus command; combine his experience as a starter in summer leagues (New York Collegiate Baseball League in 2007 and Coastal Plain League in 2008) and his dominating numbers out of the pen for Carolina and all of a sudden you’ve got an intriguingly versatile swingman-type who could provide value pitching when needed or suddenly blossom as a pro if asked to concentrate on a set role

Pitchability is his calling card but Warren features a playable fastball as well; better K numbers every year indicate the incremental improvements in his stuff that could make him more than just a good senior sign; conservatively a safe bet to go in the top ten rounds, but could sneak closer to the sixth or seventh with a good senior season

Borderline draftee; not a very good bet even as a senior sign because, at best, he’s a utility guy who won’t hit enough to make up for the fact that he can’t play short

Good size (6-4, 195); currently no spot for him in the rotation, but may be stretched out as starter next year; definitely has the repertoire to start; will be draft eligible next year as a redshirt sophomore, velocity has crept back up after TJ surgery in March 2008, but his command and availability to pitch back-to-back games remain question marks going forward

Big, strong guy (6-2, 240); fifth round pick in 2007 as a top 100 prospect in that 07 draft class; power stuff that would play better as a starter, but, as previously alluded to, spots in future Tar Heel rotations will be hard to come by

Huge raw power, but one of three natural first basemen vying for playing time behind Dustin Ackley on 2009 team; Moneyball listed as favorite book, so he has that going for him

The second of the 2010 first basemen trying to find at bats for the Heels; good athlete, but has struggled with plate discipline in the past

Starter for UNC in the past, but profiles better as a reliever in the pros; too early to predict, but he could be on the Robert Woodard/Adam Warren four year path; good numbers, but has done it all against inferior mid-week competition; lack of size may doom him to the bullpen long-term, but his performance pitching largely out of the pen this season give hope that his stuff will play

Bad body, but young enough to overlook considering his potential as a lefty power source down the road; good arm that could get him more playing time as an outfielder if he gets himself into better shape down the road

Good arm, but spotty control has held him back; size will keep him in the pen; fringy draft bet at present

44th round pick in 2008; favorite foods are sushi and Swiss cake rolls, a winning combination if I ever heard one; fastball sits in the low 90s, above-average (present) curveball with definite plus potential; another top three round candidate

Plus arm and a lightning quick release; 47th round pick in 2008; could emerge as plus defender at shortstop, making things difficult for scouts curious as to what Levi Michael would look like at the position

Plus-plus arm; in line to start beginning next season after Fleury moves on to the pros; huge for a catcher (6-5)