It was a lot more difficult paring down the list of top 2010 MLB draft-eligible players down to 30 than it was at either 1B or 2B, so I figured I’d devote a little bit of electronic ink to the players that didn’t quite make the cut. First, the top five college catching prospects that were squeezed out of a surprisingly deep class of 30, in no particular order unless otherwise noted… 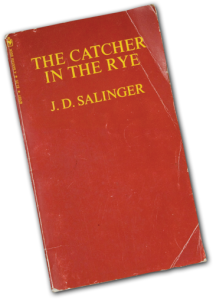 Jenkins is the best prospect that didn’t make the cut. He’s a ready-made big league catcher defensively with a fantastic arm and a really nice, level swing. The mid-round college catching depth this year is really the only thing keeping him out of the top thirty.

Big things were expected out of the junior college transfer Hamblin this season, but his debut year at Ole Miss has been a gigantic disappointment. I liked him enough last year to claim he was a superior prospect to Trevor Coleman of Missouri, a player at one time regarded as an easy top three round pick. Here’s what was said then:

Hamblin has above-average power potential and a live bat, plus he has the added advantage of being close to a sure bet of sticking behind the plate as a professional. His outstanding performance this season for a dominant junior college team has scouts buzzing. Lefty power, a great catcher’s frame, strong throwing arm (mid-80s fastball in high school), and a mature approach at the plate…don’t let the lack of pedigree bother you, Hamblin is a good prospect; so good a prospect, in fact, that I’d take him over Coleman, thank you very much.

His park and schedule adjusted season numbers as of early May: .221/.345/.375; 22 BB/33 K; 11 extra base hits. Gigantically disappointing. Hamblin’s solid all-around tools are all still present, so it’s hard to write him off as a prospect completely, but it’s harder still justifying a placement over a slew of more qualified catching candidates on the list.

Must be something in the water down in Mississippi. First it’s Hamblin disappointing, now it’s Thigpen. Way more power was expected out of the Bulldogs primary catcher in 2010, but his park and schedule adjusted line looks a lot like Hamblin’s: .232/.360/.354; 15 BB/26 K; 4 extra base hits. Ouch. Thigpen, a really good athlete and an even better defender, had me believing that this was the year he’d finally put some of his impressive raw power to use. Like talented but disappointing junior year players such as Jose Iglesias, Tommy Medica, and Diego Seastrunk last year, returning for a senior season may be the best/only course of action for Hamblin and Thigpen.

Another player I’ve written about before that also happened to just miss the list is Rutgers senior Jayson Hernandez. Here’s what was said about his laser rocket arm a few months back:

The guy may have little to no power to speak of, and he may be considered one of the weaker hitters currently playing major college ball, but, man oh man, can this guy throw. If he can wake up the bat even a teeny, tiny bit, he could find himself drafted with the chance of someday being a shutdown all-defense big league backup.

The ridiculous arm strength remains, but now Hernandez can lay claim to a spot on the 2010 list of most-improved college hitters. His power is still almost non-existent, but newfound patience at the plate has enabled him to work deeper counts. Deeper counts have meant more walks, obviously, but it’s also helped to set him up in more and more advantageous hitter’s counts. It would be nice if he could drive the ball with some authority in said hitter’s counts, but his increase in singles might be enough to elevate his stock from “hopeful some team will invite him for a tryout somewhere along the way” to “believing that he’ll see his name online as a late round flier on draft day.” Progress.

The other Minnesota catcher with a chance to be drafted (more on his teammate much, much, much higher up the list) and yet another player that has already received some much coveted Baseball Draft Report screen time. Pre-season assessment of Knudson right here:

[Knudson] is a good athlete with a strong arm. He also has some pop and a big league ready frame, but the total tools package still comes up short. He’s not a real prospect at this point, but could get himself a professional job filling out a rookie ball roster if a team is in need of a reliable backstop. Catchers are always in demand, you know.

I do know! Catchers are always in demand, especially those coming off of solid senior seasons. Knudson is another player that took a step forward with the bat in 2010. He should probably consider himself in about the same “please, somebody take a late round flier on me” spot that Hernandez is now in. Again, that’s progress.

Other players of note who didn’t make the cut include, but are not limited to the following:

Wallace is the best of the rest, a more than capable defender with enough power to keep pitchers honest and impressive 2010 season numbers. The remaining senior sign candidates all offer up varying degrees of above-average defense; in fact, my notes range from “solid” (McCoy) to “good” (Vigurs) to “near-plus” (Graves). Giobbi, one of the defenders noted as “good” in my notes, has the most offensive upside of the group. Any one player here could get drafted in the later stages of the draft. Any one player here could wind up as a big league backup backstop someday. The odds are obviously stacked against them, but part of the fun of the whole draft process is you just never know.

Two names that didn’t hit enough to warrant consideration, but are worth mentioning for their one plus tool alone:

Two of the very best arms in all of college baseball attached to two of arguably the very worst everyday hitters. Sim’s arm is so good that his best hope at a pro career will probably come after first receiving some time on the mound his senior season. Tolentino’s arm and big league frame are both strengths, but, unfortunately, that’s about the limit of his redeeming on-field qualities.

Not enough offense, not enough defense:

In the same way Knudson is the other Minnesota catcher, Scott is the other CSN catcher. His defense is stellar, far better than teammate Bryce Harper’s at this stage, but his poor contact rate and minimal power keep him far away from the top thirty. Gonzalez will probably stick around College Station another year after he goes undrafted; he’ll no doubt look to improve upon his 2010 statistics, numbers that are eerily close to Larson’s. Gonzalez in 2010: .302/.326/.434. Larson in 2010: .291/.338/.426. Not enough power or patience for either player to get by without being tremendous on defense.

And finally rounding out the top 50…

Maggard, Valdes, McCurdy, and Neufang all had at least an outside shot of cracking the back end of the top thirty coming into the season, but all fell well short of expectations in 2010. Maggard has the most pop, but has no idea of the strike zone; he stands and swings like a professional (scouts have given him positive reviews most of the spring), but any pitcher with a clue can make quick work of him. Valdes, McCurdy, and Neufang don’t have a single above-average tool to share, unless you count McCurdy’s uncanny ability to get plunked by the opposition.

Fresno Pacific SR C Wes Dorrell had a chance to backdoor his way onto the top 30 with a healthy, productive spring. Unfortunately, a torn labrum prevented any of that from happening. Hard to even project a player who probably didn’t have the chops for catching everyday to rebound from such serious shoulder surgery, but Dorrell’s bat could get him a look in 2011 as a potential four-corners utility guy that can also suit up behind the dish in a pinch.