The original list of top 2009 junior college prospects is here. I added current minor league numbers and some quick commentary for each player. There were definitely some misses on the original list, but mostly in the way of omissions, as you’ll read at the end of the post. The ten guys on the actual original list, however, all wound up drafted or at four-year university the next year. That might not sound like much, and maybe it isn’t, but for one of the very first lists I ever put together (and with a relatively early post date of February at that) it wasn’t too terrible.

The numbers put up in seven starts aren’t bad by any stretch, but the fact that Cowan is 23 years old and still pitching in Short-Season A Ball for the New York-Penn League’s Aberdeen IronBirds isn’t exactly ideal. I’m still a believer in Cowan, though it was interesting to read that he leans so heavily on his curve and change rather than his above-average fastball.

Weber’s done a solid job at an age-appropriate level — he’ll be 21 next month and in the Low A South Atlantic League — but a recent injury has landed him on the 7-Day DL. It comes at a bad time as he’s been stretched out to start after starting the year in the bullpen. Weber still looks like a future big league reliever to me, though it may take a trade to reach that ceiling. Hard to project any Low A arm into Atlanta’s big league bullpen this far out considering how stacked their young bullpen looks already.

The Low-A Lansing Lugnuts starter has been on the shelf since early June. Worth noting that he has been much better against righthanders than lefties. Webb still throws hard, but his command problems stemming from an inconsistent release point persist to this day.

I called him Kendal Korban back in 2009. Pretty impressive that I was able to mess up both his first name and his last name, if you think about it. Injuries have set Kendall Korbal back to the point he has yet to throw a professional inning. The always informative MadFriars.com filled in some of the blanks. Cliff Notes version: Tommy John surgery was needed right after Korbal’s signing, rehab didn’t go quite as planned, and he has since been released. None other than Paul DePodesta was pretty excited about him pre-injury:

“20 years old and 6’6″, 210 lbs, Kendall has a fastball that reaches 93 and the makings of solid secondary pitches. He could end up as a starter or a reliever with power stuff.”

I remember command being an issue pre-injury and, as often noted, the comeback from Tommy John surgery often impacts command as much as velocity. Sounds like this could have been the case here. He’s young enough that he could resurface if healthy.

Sanford transferred to San Diego State, but fell off the map after the 2010 season. Beyond that, I’ve got nothing. At first I thought he shrunk a few inches, learned how to throw righthanded, transferred to South Florida, and got himself drafted by the Giants. Wrong Shawn Sanford.

Rayl has put up the best pro numbers of any player on the list so far with over a strikeout per inning and 17 good starts as a 22-year old in Low-A. 6’5″ lefties with consistently strong performances get noticed in time. He won’t reach the heights of his 2009 draft peers — Alex White and Jason Kipnis have both already reached the big leagues — but shouldn’t be completely dismissed as a future bullpen arm down the line.

Finally we get a prospect playing above Low-A ball! Bell has pitched well out of the bullpen for the Myrtle Beach Pelicans in High-A. Interesting to note that he has rarely been called in to pitch just one inning (or less) instead often going two full innings or more. I had Bell pegged as a pitchabilty lefthander with just barely enough stuff to survive going forward, but an uptick in fastball velocity (sitting 88-92 with the chance for more), a much improved curveball, and a reliably steady change make him a worthy challenger for big league innings down the road.

Now we’re cooking. Tyler Skaggs may have been the centerpiece that went to Arizona in the Dan Haren, but Corbin is no slouch. I suppose you don’t need me telling you this, considering his lofty draft status and Baseball America’s top ten prospect ranking (9th on Arizona’s list, to be exact). I thought he’d fit best in a big league bullpen back in the day, and I still kind of do, but the possibility that he can take his darting fastball, above-average slider, and much improved changeup to a big league rotation is now very real. His strong AA performance keeps him on track to make his big league debut at some point in 2012.

Not only did I like Gelinas as a junior college pitcher, I liked him as a college pitcher after he transferred to UC Santa Barbara. His is a sad story, however, as the once promising and twice drafted (’09 and ’10) lefthander couldn’t stay healthy enough to make it three years in a row. I’ve looked in to see if he had latched on as an undrafted free agent anywhere, but haven’t found anything positive to report. Injuries, man – hate ’em.

Two subpar years have all been erased by Davis’s recent dominant run for the Idaho Falls Chukars. Alright, not really…but it’s a start. Davis was let go by the Cubs and added to the Royals squad this past March, but his quality 2011 numbers have to be taken with a rather large grain of salt considering his age (22) and current level of play. If his speed plays as well as I thought then he could still make it to the bigs somewhere, someday considering the way teams tend to be patient with true centerfielders with plus tools.

The next five players on my original list were OF David Stewart (Grayson County CC), RHP Brett Bruening (Grayson County CC), RHP Rey Cotilla (Miami-Dade CC), C Miles Hamblin (Howard CC), and RHP Jason Townsend (Chipola CC). Out of those five, I’d say Townsend, who wound up a 31st round pick of the Pirates by way of the University of Alabama, qualifies as the most promising prospect.

Limiting my search to the top five rounds only, I found six other junior college players worth mentioning: Evan Chambers, Keon Broxton, Brett Wallach, Randy Henry, Mycal Jones, and Darrell Ceciliani. Broxton and Jones are the best prospects of the bunch, though neither inspired me to write anything more about them now.

Batteries refreshed after gargantuan college recaps and tedious schedule making, so let’s switch things up and delve deeper into what has turned out to be a much more popular topic (judging by Google entry searches) than I ever would have anticipated – junior college baseball. I’ll admit to being a big of a novice in this area, but, being the man of the people that I am, I see no reason why that should stop us from taking a closer look into an unfamiliar topic for many baseball fans. A little bit of reading, a glance back at my old notes, and a couple of phone calls and emails later, boom! we’ve got a top ten list to use as a frame of reference going forward. END_OF_DOCUMENT_TOKEN_TO_BE_REPLACED

We’ve covered a litle bit of high school so far. We have a lot more prep coverage in the works. We’ve covered a tiny, tiny bit of college ball so far. There will be a ton more of that to come. What we’ve ignored thus far, unintentionally of course, is the all too often ignored grey area of draft prospecting. I mean, and let’s be honest here, who among us can truly say that he or she knew the 2009 junior college baseball season has already started? We shall ignore the juco ranks no longer! After the jump, enjoy the best prospects — by position, naturally — currently on junior college rosters. 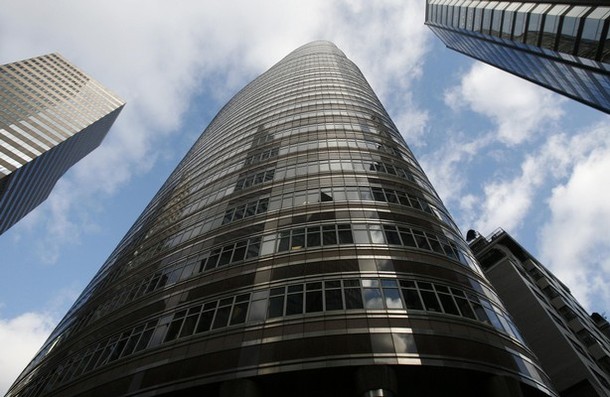